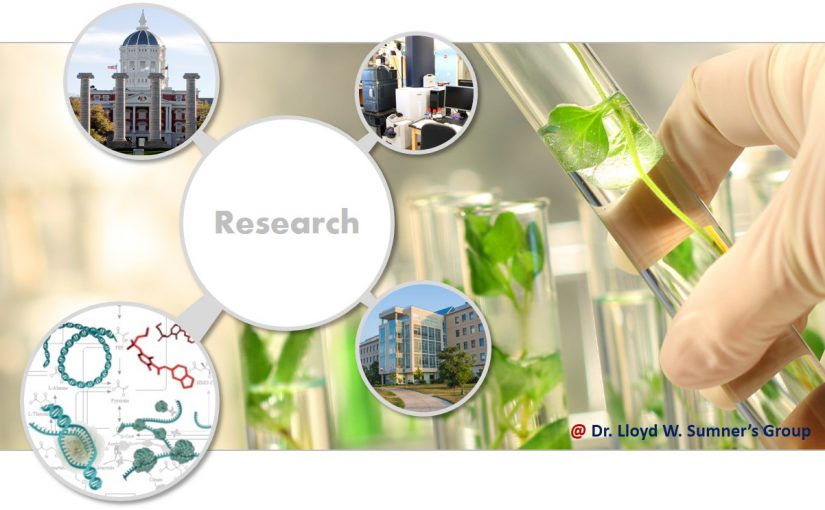 Integrated metabolomics is a revolutionary systems biology tool for understanding plant metabolism and elucidating gene function. Although the vast utility of metabolomics is well documented in the literature, its full scientific promise has not yet been realized due to multiple technical challenges. The number one, grand challenge of metabolomics is the large-scale confident chemical identification of metabolites. To address this challenge, we have developed sophisticated computational and empirical metabolomics tools for the systematic and biological directed annotation of plant metabolomes. Learn more.

Border cells are a specialized cell type localized around the root cap of many terrestrial plant species. The exception are those of the Brassicaceae family which possess border-like cells. Border cells are major secretion machines, secreting DNA, mucilage, proteins, and metabolites into the rhizosphere. They have been shown to participate heavily in facilitation of host-microbe interactions. However, they tend to be overlooked in many studies concerning plant roots. As such, their considerable contributions are not properly analyzed. The Sumner lab aims to understand the metabolite basis of border cell host-microbe interactions. Learn more.

Triterpene saponins are a class of structurally diverse plant natural products with a wide range of demonstrated bioactivities including allelopathic, antifungal, antibacterial, antiinsect, anticancer, antinutritive activities. The antinutritive properties of triterpene saponins in legume forages such as alfalfa and soybean are of particular and substantial economic importance. However, the biosynthesis of triterpene saponins is poorly characterized and this pathway is absent from most textbooks. We are using cutting‐edge metabolomics, genome wide association mapping, correlated gene expression profiling, and traditional molecular validation approaches for gene discovery and characterization related to triterpene saponin biosynthesis in Medicago truncatula. Learn more.